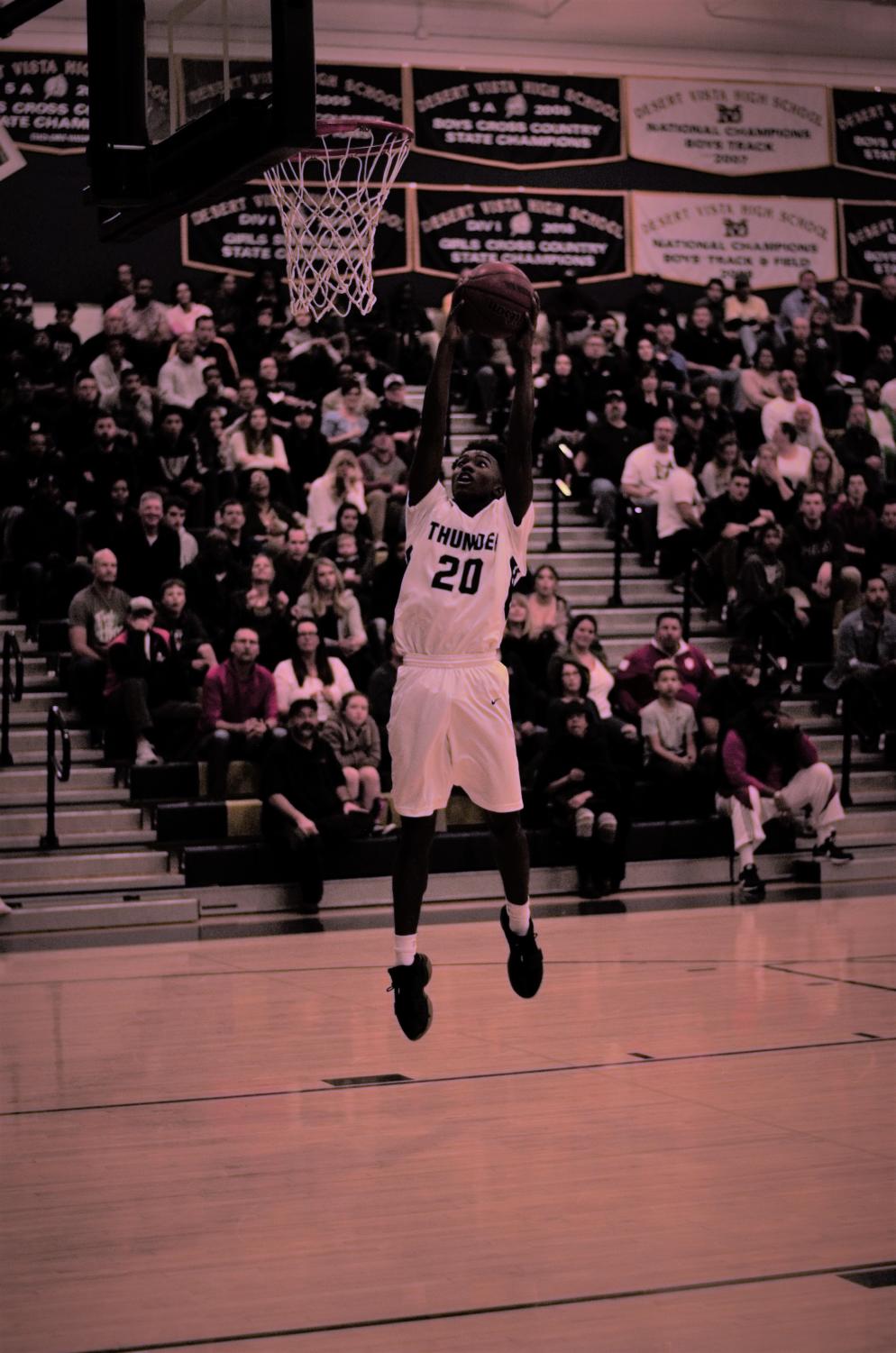 DV runs the Tukee in Basketball win over MP

Thunder takes the win in second meet up.

For the second time this season, Desert Vista competed against their biggest rivals, the Mountain Pointe Pride.

This intense rivalry matchup began with DV winning the tip off and Christian Anigwe scoring a layup, then blocking away a shot in the next possession. The MP Pride responded with a corner three pointer quickly, but after that the the Pride went scoreless for 3 minutes with the

Thunder playing solid defense, especially from the sophomore Osoasere Ighodaro blocking away 2 shots early in the quarter and scoring contributions from Tyrek Chambers and Wesley Harris at (8-3).

The Pride began to go on a spark of their own scoring 9 to the Thunder’s 3. In the last couple minutes it was neck and neck in which the Pride had the momentum late into the quarter until MP stole the ball and blew an open dunk for DV to retrieve it and push it up court to Harris for a slam to give them the lead at 15-14. Chambers scored 7 of the Thunder’s 15 and continued to carry that energy through the rest of the game.

In the second quarter Thunder power forward Jaden Rollins scored the first 3 points with a shot and a freethrow. The Pride matched their point with a layup of their own but the The Thunder’s defense allowed multiple possessions for more offense which led to Dv to gain a 6 point lead after Isaiah Wilsons 2 hand dunk (22-16). The Pride fought back with touch defense of their own keepting the Thunder at 22 while they scored 8 straight points, until Rollins tipped a pass for the steal to Wilsons layup. DV got some easy scoring on the offense end with Alijah Gammage knocking down an off balanced mid range and Rollins forcing in a layup and a put back slam. Both teams and did a good job racking up the points ending the score at 33-29, with Wesley Harris swatting another shot away to show they were in charge. The Thunder showed themselves in the first half as the enforcers coming away with 6 blocks of the first half. Rollins played a big role in the second quarter scoring 8 of their 18.

The second half started off with an and 1 layup from Anigwe and the Pride responding with a three. Both teams scored back and forth effectively combining for 15 in the first 3 minutes. After so much scoring the fast paced quarter everything seemed to fall after MP forward Ryan Pate knocked down 3 straight 3 pointers to give them an 8 point lead at 40-48. To end the scoring drought for the Thunder’s center Anigwe executed another layup and an and-1 layup to cut their deficit to just 3 to end the quarter (45-48).

The fourth quarter continued to be a feast for Anigwe scoring the first points for the 3rd time inside. Once the Pride came back with a 3 Wesley Harris caught an alley oop over a defender and finished with one hand and a foul, and backing it up with another and-1 layup just a minute later. DV had a hard time containing MP from the perimeter with Pate scoring another 3 in the half, but Thunder point guard E.J Jackson returned the favor with a 3 their own giving them a 3 point at 57-54. The Pride tailed behind DV scoring right after each Thunder possession keeping it to just a one possession game. In the last 2 minutes of play, Harris gave the Thunder a 5 point lead with a tough layup inside, but just 10 seconds later the Pride matched it with a jump shot of their own putting it back to 3. The Pride had multiple opportunities to tie the game with missed free throws and even an open 3 but couldn’t connect on any. In the last minute of the game the Thunder had a crucial turnover from Gammage after a 5 second closely guarded violation, but came right back with a steal the next possession and missed a layup on the fast break that gave the Pride’s forward Pate another open 3 to tie the game with less than 20 seconds left. As the shot clock winded down in the last seconds it was Chambers to hit the contest, clutch, 3 pointer to give them a 3 point lead at 68-65 with 2.5 seconds remaining for the Pride to try and tie from half court but was too short, which gave the Pride just their second loss or the season. 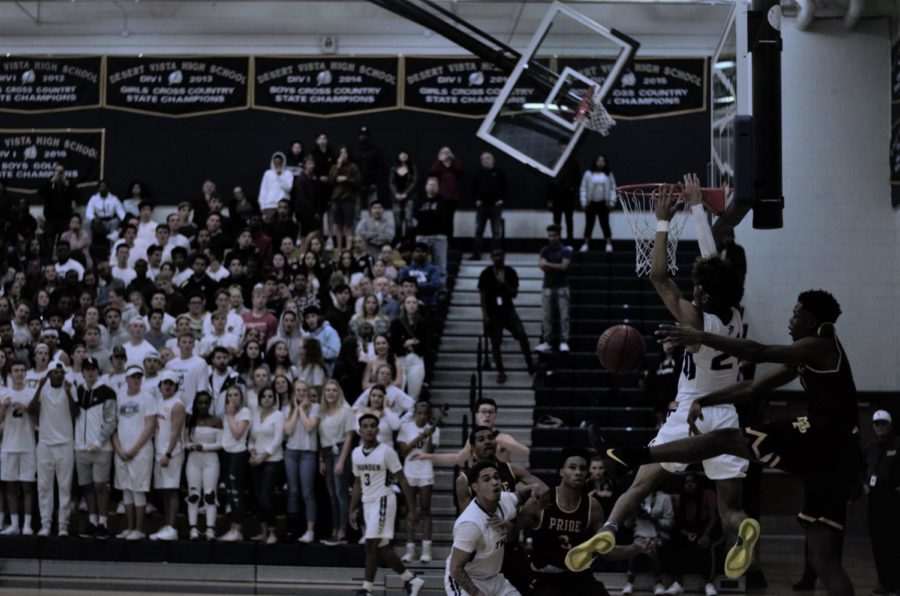